First of all, it is important to establish what one means by “fetish”. Originally, 17c, a fetish/fetiche was an amulet or charm that bore the wearer some form of luck, or at least warded off evil spirits. At the turn of the 20th c and the advent of psychology, notably Freud, fetish, as sexual fetish, became known as an object required to create sexual gratification, ie, shoe, boot, fur, etc. Around the same time, Sado-Masochism also evolved as a term (based on the writings of the Marquis de Sade and Sacher Von Masoch), defined as sexual gratification through corporal punishment (flogging, spanking, etc) or erotic humiliation, (embarrassment, objectification, degradation). As of late, say the past 15 to 20 years, the term fetish is most often used as a “turn on”. Such as, “I have a spanking fetish”, or “I have a rubber fetish”. The current speaker rarely requires the object or activity to achieve orgasm, but does find it more pleasurable with said piece.

“True Blue” fetishists are just as rare as ever, but did seem to have their paramount in Western civilization between WWI and WWII, (Hugo Boss designed the, very sexy to some folk, Nazi uniforms). In fact, fetishes still tend to be developed and accepted in white, Western, primarily upper class families wherein leather, fur, heels, rubber are objects of some distinction. On another note, rubber, latex in the U.S. has been on the rise, especially in the U.S. since the early 90s. Why? Speculation indicates due to the advent of HIV and AIDS and the desire to remove oneself of bodily fluids.

Finally, sexual behavior is immense, turn ons are infinitely fascinating, kinks, (sexual desires outside the so called norm) can be very stimulating. Do I love it that “fetish” as a word is often misused these days? Not really. But I always appreciate the evolution of ideas, and respect for sexual difference. Vive la fetiche! 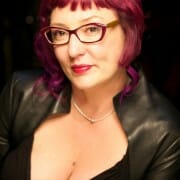 Talking About Your Desires With Your Partner: How? 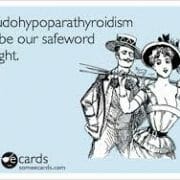 Oops, I Forgot My Safeword!

Searching For Love: Three Ways to Find a Kinky Partner

Some Thoughts on Dominance and Submission
Scroll to top