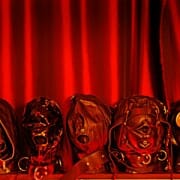 First of all, it is important to establish what one means by “fetish”. Originally, 17c, a fetish/fetiche was an amulet or charm that bore the wearer some form of luck, or at least warded off evil spirits. At the turn of the 20th c and the advent of psychology, notably Freud, fetish, as sexual fetish, became known as an object required to create sexual gratification, ie, shoe, boot, fur, etc. Around the same time, Sado-Masochism also evolved as a term (based on the writings of the Marquis de Sade and Sacher Von Masoch), defined as sexual gratification through corporal punishment (flogging, spanking, etc) or erotic humiliation, (embarrassment, objectification, degradation). As of late, say the past 15 to 20 years, the term fetish is most often used as a “turn on”. Such as, “I have a spanking fetish”, or “I have a rubber fetish”. The current speaker rarely requires the object or activity to achieve orgasm, but does find it more pleasurable with said piece.
END_OF_DOCUMENT_TOKEN_TO_BE_REPLACED 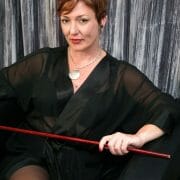 As you may know we are living in some pretty surreal times and that personal power is constantly being redistributed. Sometimes we actually feel quite powerless and vulnerable, but the more we learn, the more we self empower. The act of self empowerment can wash over into many areas of our lives to bring us the confidence and strength to thrive!

On that note, I’d like to share a note from my dear friend and colleague, Cléo Dubois: END_OF_DOCUMENT_TOKEN_TO_BE_REPLACED